Here at Royal Home Improvements we are the specialists for tarmac driveways for homeowners in Wakefield, Leed and West Yorkshire

Tarmac cleaning and surfacing services in Wakefield & West Yorkshire is one of the most commonly used surfaces in the UK because it is relatively cheap to lay compared to imprinted concrete or block paving. It is used for domestic driveways and also for many commercial surfaces such as car parks, school playgrounds and tennis courts can all benefit from a application of tarmac cleaning, repair and coating Wakefield

Any tarmac surface will dry out over time with constant exposure to sunlight and other weather conditions. Frost can also result in cracks appearing in places due to the expansion and contraction of the surface. tarmac cleaning and coating Wakefield is by far the cheapest and best option before considering digging up and replacing a new tarmac driveway or car park.

Benefits of Upgrading Your Tarmac Driveway

-Will restore original colour and appearance of a tarmac or asphalt surface (available in black, red and green)
-Saves money by avoiding the need to replace a tarmac surface
-Significantly extends the lifespan of a tarmac surface (driveway, car park, tennis court, play grounds)
-Inhibits the growth of weeds, algae and moss
-Removing oil leaks and fuel spillages is much easier
-Makes tarmac and asphalt more ‘elastic’ which helps prevent cracks appearing

GET A FREE QUOTE 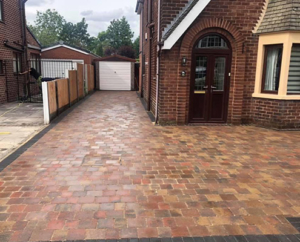 Professional block paving for driveways and patios, choose your own colours and patterns. 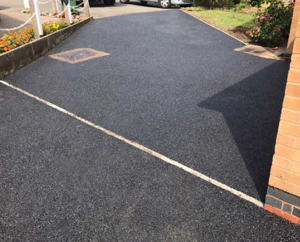 Tarmac driveways for domestic and commercial, asphalt specialists for surfacing 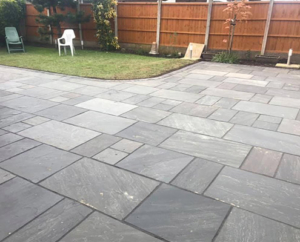 Discover your outdoor space with Indian Sandstone patios that add value to your home.

Get A Quote For Your Driveway

Contact us anytime for a free no obligation quote on your roofing needs.

Covering the whole of the West Yorkshire including: